How AI, Data and Voice Analysis May Transform Farming — And Grow A New Industry In the South 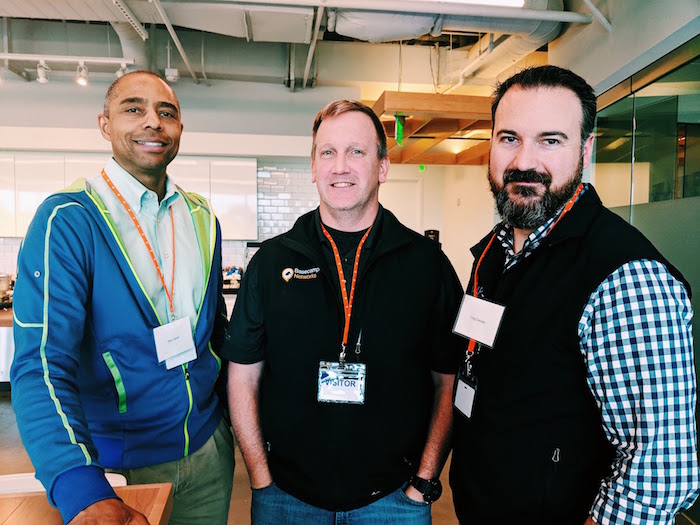 In 2015, an estimated $800 million worth of crops in Georgia — a number that amounted to about 13.8 percent of the state’s total crop value — was lost to plant disease, according to the University of Georgia. Worldwide the percentages are even larger, especially in developing countries where treatments are less plentiful.

“The built-in AI tools identify plant pathogens, help farmers determine what the underlying disease might be and tell them how to stop it,” explains Ganssle.

The iOS app and accompanying web-based platform allows a farmer in the field to snap a photo of a suspect crop and receive a diagnosis in seconds — a process that could normally take more than a week. According to Ganssle, it’s 95 percent accurate and currently covers 85 percent of crop species.

That accuracy stems from the massive bank of data the product is sitting on, derived from an exclusive partnership with UGA. The school’s robust agriculture program has an extensive catalog of over 35,000 crop and plant species collected over 20 years.

“Because of [the partnership], we consider ourselves to be probably 20 years ahead of anyone else trying to do this,” says Ganssle.

Additional applications of Farmwave include a counting feature, which allows a farmer to automate the tedious process of counting kernels to try to determine future yield. The visual recognition in Farmwave will help estimate yields, from a few photos, with 95 percent accuracy.

Lastly, the tool has a social aggregation element, bringing together a community that is often less digitally-connected. The farming community is not typically chatting with each other all day over Slack. Farmwave allows them to share best practices, provide advice and more via smartphone while in the field.

“Farmwave is essentially the Slack for farmers,” Ganssle says. “We didn’t want to reinvent the wheel — we set out to make a light, quick and easy tool to use in the field with actionable, accurate data and send it where you need to send it.”

The founder, a special forces military veteran, got the inspiration for the agtech product when he was one of the original beta testers for Google Glass’s enterprise program. The hands-free augmented reality abilities of the Glass led him to think about applications of such technology, especially in professions where one has limited use of their hands.

They’re currently in an early adopter testing program with several thousand users across 18 countries, ranging from small, independent farmers to large universities and even agriculture corporations. The product will launch to the public with a tiered pricing model — the lowest being free — at the AgTech South event in Atlanta in July.

The inaugural event will highlight a message Ganssle also preaches — that the South has the potential to be the country’s leader in agriculture technology, a rapidly-growing industry. Agribusiness is a leading industry in every state in the Southeast, the number-one biggest industry in Georgia in terms of dollars and employees.

Young entrepreneurial talent in the Southeast is increasingly intrigued by the challenges today’s farmers face, as well. A high school student from Suwanee, Georgia, Shaza Mehdi, developed an app that intends to have functionality similar to Farmwave. Though at a much-earlier stage, Mehdi’s PlantMD uses Google’s open source machine learning framework TensorFlow and AI-driven computer vision to help identify plants and plant diseases.

The project was such an ideal representative of the use of machine learning capabilities that the senior was invited to present during the keynote session at Google’s annual I/O 2018 developers conference held this month in Mountain View, California.

“My mom grows rose bushes in our front yard, and every season they would get diseased,” said Mehdi in a release. “I wanted to have a way people could diagnose plant diseases just by taking a photo of it.”

An early-stage voice analytics company also became the first agtech startup to pitch at this month’s Atlanta Startup Battle, the $100K investment competition held quarterly at TechSquare Labs. AgVoice, developed in partnership with both University of Georgia and Georgia Tech and scheduled to launch this year, allows agricultural and food companies to capture and analyze on-site data using their voice.

The company’s goal is to increase transparency along the farm-to-fork food chain, and the team is made up of technology veterans with experience at IBM, Lenovo and NCR. During their pitch at Startup Battle, they explained the billion-dollar opportunity food traceability provides — one the Atlanta-based startup is well-positioned to capture from their home in the agriculture-rich region.

Ganssle says that, as more farmers become aware of the potential of technologies from AI to voice to data analysis, “ag tech is really set to be the next bubble — and Georgia is primed to be a part of that, if not the epicenter of that.”

This article originally appeared on Hypepotamus.